Any followers of Country Music might be hoping for a post on Shania Twain, singer of song of this name…apologies to her fans but this is not what this is about.

I don’t normally write midweek blogs but I got involved in conversation today with someone  on the vexed subject of  how I use SEO. Those not familiar with the term may be thinking along the lines of some corporate post holder…like CEO, COO, CFO etc.  No, it means Search Engine Optimisation i.e.  how easily, (or not at all!) someone will find your blog post site.

The conclusion of the conversation was just that said person was bemused that I was not attempting to do it and that nobody will find my site!

As aficionados of SEO will know it is fair to say that without liberally sprinkling topical keywords I will remain an unknown to 99.99% of the population.

Well, as most of my subject matter never requires use of  words such as sex, Brexit or thankfully Covid,  these have little chance for a mention even once.

In fact if the advice I have been given is to be believed I should be slipping in these very words in my title and repeatedly in the message body like some kind of protest chant .

Realistically as the word ‘sex’ attracts a certain type of reader, they will then be disappointed with the lack of it in the content; Brexit will be mainly off-putting no matter what side of the ‘divide’  you are on,  and if you don’t live in UK  or Europe…you probably really don’t care.  Why would you?  and mention of Covid something that we likely do not want to read even more about, so this then means that these key words  will be as relevant to my blog  as needing a fridge in Greenland!

I was also told I should consider some long tailed ones…..keywords that is! I am getting out my tape measure now……. and to make sure I updated my slugs! Slugs, yeah well something along similar lines too, but don’t ask me to explain what they are…other than not something you find under a flowerpot!

Happy days, and glad to be in obscurity 😁😁 And apologies again to all feeling very short changed by the title.

Want to get this blog weekly  and be regularly confused by the title? , just click on the Follow  button. Lets face it you are unlikely to be directed here by Google  or WordPress  unless you really have searched on Sex, Brexit and Fridges in Greenland.  And if you have, I would love to know why!

A few weeks ago I was helping a younger  family member in a house move. As we all know, the more moves you do, the more stuff you accumulate each time.

I recall my early house moves where it literally all could be done with a few suitcases, some boxes and a hired taxi or minicab for one trip across town.

Then as time progressed this process morphed in to needing somebody with an estate car (that’s station wagon for my North American readers), then fast forward a few years and houses more  and then  it’s small vans, then larger vans and so on!

Anyway this move was at the large van stage…… plus some car loads.  So we did our first trip of about an estimated four more  for the day and soon discovered that parking  at the new house destination was best achieved by unloading at the adjacent leisure centre car park rather than squeezing in to a small parking space immediately outside the property.

So after a tiring day with  four trips done it was time for a quick meal break in the evening  with some  pizza before Ikea furniture re-building! We had soon discovered that Billy the bookcase was not keen on this concept of moving …anyway that’s a tale for another day.

So we just relaxed for this quick meal break and I used the opportunity to look at my phone and check for messages.

I was a little surprised that Google had become aware I was right next to a gym and wanted to know how I rated my visit!!

Thorough and efficient as ever,  she  asked me the same question, three  more times. Did I enjoy my visit and can I write a review? Dare I say it , a bit abrupt in its tone and approach with me…especially as this is just my phone in dialogue with me!

It reminded me though of the opposite situation…our dog in his letter years was becoming a regular visitor to the vet particularly in his latter years for various boosters, dental issues and so on. We had a very kindly, softly spoken a Scottish vet in our Yorkshire veterinary surgery thst we had attended (No, it wasn’t James Herriot, but it was that kind of place).

On lifting Geoffrey our dog onto the bench and sticking yet another needle in him and just getting compliance and tolerance from the dog…the vet was heard to comment ” you know, I am sure if Geoffrey could speak, he would be a very polite dog”. So Google….please do take note of how to behave and learn some manners!

One of the great things about working in the aviation industry is that you do get to visit a lot of places. Over the years working for various airlines, ground handlers and an aviation technology company, I have put a lot of pins on the map.

Ok, at the moment it’s all a bit in abeyance and in the past six months where I might reasonably expected to have been in numerous European countries, the middle East and possibly USA…my travel has been limited to Aldi, Lidl and the Co Op in my local town..but hey ho, I am not alone in that respect of a changed life!

Travelling is great , I love it and I never forget to be grateful and aware of my privilege of having these opportunities even if they don’t return in the future.

However it isn’t always quite as wonderful as it sounds. I was asked by a friend recently had I ever visited Johannesburg? …I had to think a lot and answer realistically.

My trip there had been out on a flight for 9 hours, walk through the terminal to the airport hotel. I then attended a meeting (included refreshments: one cup of coffee!) After the meeting, straight to bed in same hotel, and up again six hours later for flight back to UK!

It gets better….a quick flight one morning to a European capital to attend a meeting with a Low Cost Airline. On arrival I was met at gate by pleasant but anxious young man tasked with getting me to the airline office by car across the ramp area. Lots of phone calls but still no (airside) transport arrived..he was very apologetic at this point. Then a phone call or two was then reassured that alternate transport would arrive. After some more minutes waiting – it surely did arrive…a toilet truck!

I do this job purely for the glamour! 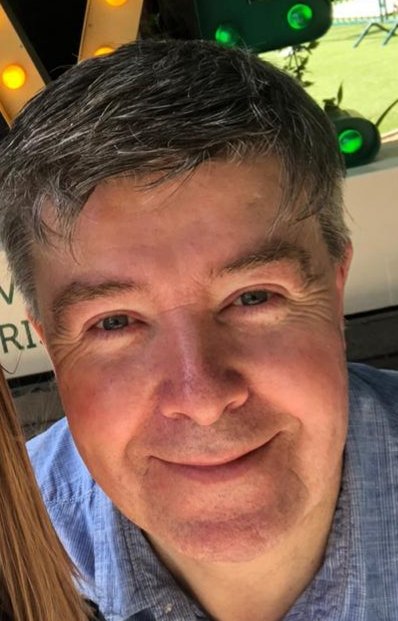 This isn’t my What Three Words location, although a good one to have as my actual one is not very memorable and certainly won’t spring to mind if I am shipwrecked, stuck up a mountain or just lost in Ikea’s one way customer flow.

It is also not a crossword clue for a Danish Open sandwich. It was actually an unfortunate message I sent to one of my sons and his fiance. I was at the top of ladder at home clearing our attic and found various items of possible use to the next generation and decided the best way of determining if it stayed there or was destined for a new home was a quick What’s App to ask the question as and when I found items. The message ‘Do you want a toasted sandwich maker?’ becoming ‘Do you want a toasted sandwich naked’ unfortunately was a result of auto-correct and my haste!

I do actually have to confess to an earlier mishap with predictive text. Some years ago a more junior colleague was seeking my approval to attend a meeting in Latvia as I had already made it clear it had to be a low cost airline trip. When asked about what they could book for the journey, my text message of ‘you can only travel there by Air Baltic …unfortunately got corrected to…You can only travel there by…. air balloon caused some stress, calls to HR and the company’s insurance department!

Anyway, back on the home front…I think the wedding is still on but some doubt as to whether any thoughts of a father of the groom speech being a good idea ….. 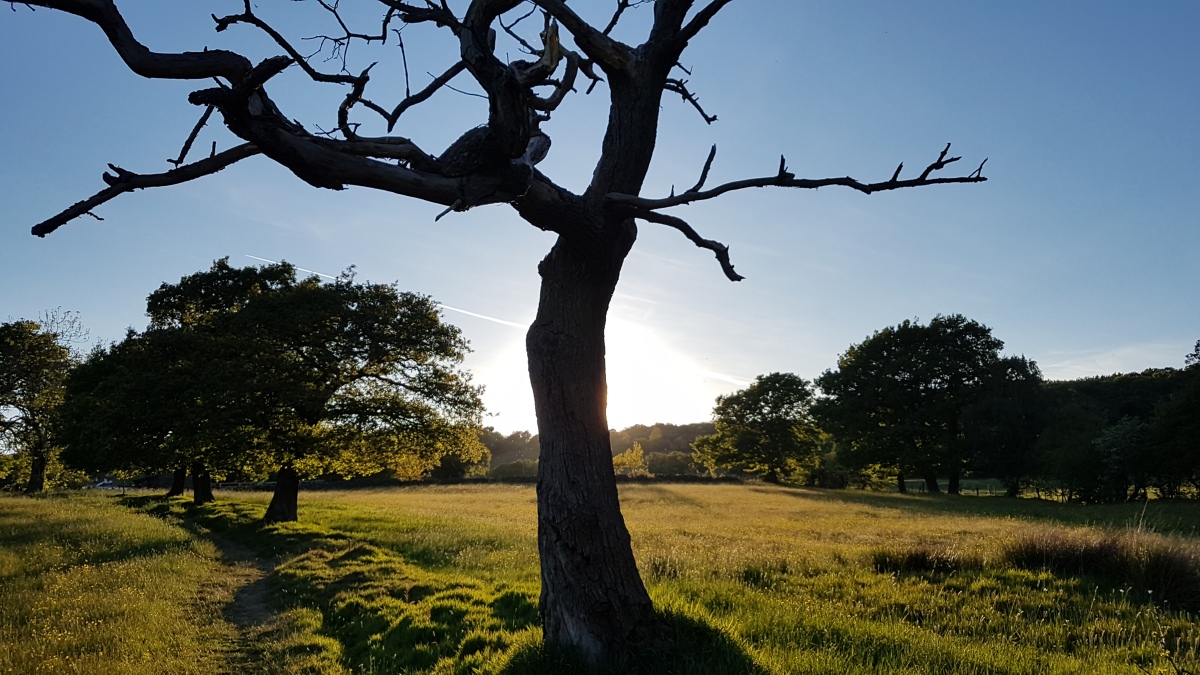 Anyone reading this hoping for a blog about the 1970’s band Sister Sledge who had a hit of that same title…be prepared to be dissapointed now when you read on, to see that the post is about genealogy.

And for those aged 40 or younger, do take note, and look them up…you will probably one day find you have a serious gap in your musical knowledge as questions about Sister Sledge and their profusion of similar sounding hits will often feature on ‘pop music’ quizzes and you will be none the wiser.

Time now to dig out your parents compilation cassettes..and find a device to play them on…..

Anyway having recently had another birthday ending with a zero, it focussed my mind on not only where do I come from, but who were the people and what were there lives like? A recent gift to me of a DNA analysis test identified that I was 97.5% Irish…so no surprise there, but also 2.5% Akenazi….huge surprise there. But it’s not just the country or culture, I want to know more about the people.

My mother’s family tree is well documented and my origins are from mostly shop keepers but also an assortment of engineers, doctors and other professions.

In the scale of things, quite prosperous and financially comfortable people owning their own homes and businesses, employing people and in some cases having domestic staff!

On the contrsry, my father’s family had previously not been documented but now armed with some family tree software, some sketchy notes of 10 years ago collected from a now deceased relative, I have been tracing my paternal blood line.

Emigrants from Ireland to the UK but a very different story – many of my family including my paternal grand father and great grandfather lived and worked in Bermondsey, London as labourers in the docks. There are also a number of my female relatives working as chars (cleaners), washerwoman and domestic servants. So several generations of people working in tough and not well rewarded roles.

It was not until the last generation that life improved. My own father and one of his brothers were the first to go beyond this and study and train to go into professional roles.

As I unfold more detail it is very evident to me that life in my grandparents generation was really harsh and challenging…but considerably better than the Irish potato famine that they had fled that had killed over one million people literally wiping out half of the country.

So we are a family of two halves…different measures of good fortune…with one half being able to afford the domestic staff and the other providing it…but also united in a shared cultural history.

I have to admit to almost being obsessed now with this genealogical investigation and how uplifting it is in these strange times to understand and feel a connection with my descendants.